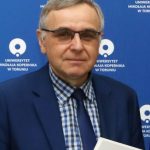 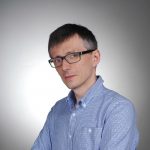 Adrian Wójcik is a social psychologist with a broad scope of research interests. In his PhD thesis, he has analyzed the connections between collective memory about Jewish minority and current inter-group relations in Poland. Since 2009 he was also a member of the Center for Research on Prejudice (University of Warsaw) and worked on the basic stereotyping and inter-group relations processes. Currently, he focuses mainly on the psychology of pro-environmental attitudes and behaviours (conservation psychology). His major interests include the connection between attitudes, pro-ecological behaviours and more general beliefs (political ideology, different forms of ingroup identities, religiosity, values). He also collaborates with pro-environmental NGOs (WWF, European Climate Foundation) and provide them with knowledge on sustainability communication. He is an associate researcher at the Laboratory for Comparative Social Research (LCSR), established in the Higher School of Economics, a National Research University, Russia. Lab’s directors: Ronald Inglehart & Eduard Ponarin.

Sławomir Wacewicz holds a PhD in linguistics and is an Associate Professor of Linguistics at Nicolaus Copernicus University in Toruń, Poland. He is a co-founder and head of NCU’s Center for Language Evolution Studies (http://cles.umk.pl). His research into language evolution has resulted in over 40 articles on that subject, published in Biosemiotics, Gesture, Language & Communication, or Language Sciences). The key question considered in his work is that of the earliest forms of language’s evolutionary stability, leading him to formulate the conception of a “platform of trust” as a deep design feature of language that forms a basis for the development of its more advanced characteristics. Sławomir Wacewicz has contributed to the language evolution research community by being the founder of the Protolang conference series, head of the local committee of the Evolang 2018 conference, and associate editor of the Journal of Language Evolution (OUP).